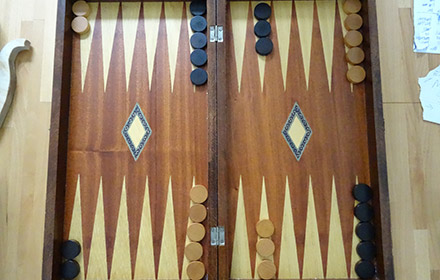 Civil Society is here to stay in the fight for a Convention on the Rights of Older People.

As the dust settles on the 6th Session of the UN Open-ended working group much can be said about the increasing number and voices of civil society urging action toward a Convention on the Rights of Older People. There is indeed progress, but as is human nature, it never ever seems fast enough.

Over the past two years the work of the Global Alliance for the Rights of Older People, known as GAROP has been steered by a group of committed individuals representing four NGOs, namely the International Association of Homes and Services for the Ageing (IAHSA), HelpAge International, Age Platform Europe and the International Federation on Ageing (IFA).

Behind the scenes substantive work has been realised in the governance structure and processes including terms of references, a new website http://www.rightsofolderpeople.org/ which has up to date information and connections to GAROP members, e-newsletters and postings to members about associated rights-related events in various regions of the world. “In Our Own Words” is the latest report from GAROP in which older people talk about the ageism, discrimination and denial of human rights that they are subjected to in their everyday life. This report is based on a survey which attracted just over 2,000 voices of older people. Each member state at the UN OEWG received a copy of the report as a clear signal that the voices of older people are present, going nowhere and increasingly loud.
GAROP has led to “GAROP Australia” (http://www.rightsofolderpeople.org.au/) which is the beginning (I believe) of the bottom up strategy feeding into UN agencies in New York, Geneva and Vienna as well as outreaching to the National Human’s Rights Institutions (NHRI).

While much has been achieved with few resources there is now an urgent need to transform GAROP from a relatively silent conveyor of information and messages to a vibrant and active campaign machine that helps to build the capacity and capabilities of civil society at a national level while building bridges to the UN systems including UN Department of Economic and Social Affairs (UN DESA), United Nations High Commission for Human Rights (UNHCHR), National Human Rights Intuitions (NHRI) as well as the Organization of the American States and the like.

The current GAROP Steering group will remain in suite, being part of the thinking and planning for the future, until the transition has been completed. There are many aspects of the new phase of GAROP to
be considered and by whom and by when.

One motto that we are all familiar with is “leave no one behind” and as the outgoing Chair you can all be assured that the goal is to be walking together playing the same tune with and on behalf of older
people.
Dr Jane Barratt
Chair, Global Alliance for the Rights of Older People
Secretary General, International Federation on Ageing