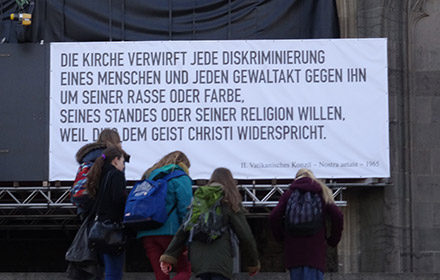 The conference addresses the idea and historicity of childhood; its changing meanings and notions in modernity and postmodernity. Of particular interest are child figures that emerge in literature, arts and medicine – yesterday and today.

Throughout the last two centuries, writers inspired by romantic emotionalism have praised the value of the imaginative and irrational. In this emotional vein, childhood has functioned as a powerful counterweight to the troubled adult world, particularly by means of the innocence ascribed to childhood.During the 19th century, children started attracting intense attention and curiosity. As the biblical sinful child gave way to the natural, virtuous and innocent child figure, children came to be regarded as defenseless and in need of protection. The rise of various child sciences in the nineteenth century, with their specific knowledge on children, in addition to child protection legislation, played a key role in transforming and shaping modern notions of Western childhood. It is thus commonly agreed upon that the modern ideal of childhood was codified in the 19th century, but what exactly does this mean? What differences and similarities, shifts and continuities or images and counter-images can be found when looking at nineteenth-century and contemporary notions of childhood?

Scientists and writers have been riddling the mystery of the child, and an increasing army of child professionals keep producing knowledge on children and childhood today. Children have become valuable and fragile subjects of the modern era, and childhood can be understood as an essential node of modernity. Childhood has also established itself as a part of our modern understandings of ourselves – our autobiographies. In postmodernity, childhood has not lost its fragile nature, but perhaps its freedom. After the Second World War, new psychological theories, safety consciousness, and anxiety about sexual danger have led to an emphasis on the safety of the home, limiting particularly children’s physical freedom, at least in some contexts. In the contemporary world, the child is seen as knowing rather than ignorant, yet children are under constant surveillance from the day they are born. Twentieth-century cultural, societal and medical obsession with children, tend to focus on problems (e.g. eating disorders, behavioral/mental problems, substance abuse, violence), reflecting discourses of protection and innocence but also control and moral panics. Nevertheless, the imaginative world of fiction and arts may offer an escape from social expectations in providing alternative representations of children and childhood.

This multidisciplinary conference invites scholars, who are interested in constructions of childhood in literature, arts and/or medicine, with particular focus on the “psy” disciplines (psychology, psychiatry, psychotherapy). We also warmly welcome contributions from the fields of visual culture and media studies. Papers may be historically oriented or look at contemporary settings. Hereby, the conference aims at tracing discourses and representations that construct particular norms and ideals of childhood, as well as counter-images of normative notions of childhood.


The University of Turku presents the International Conference in Turku, Finland, August 19-20, 2015.