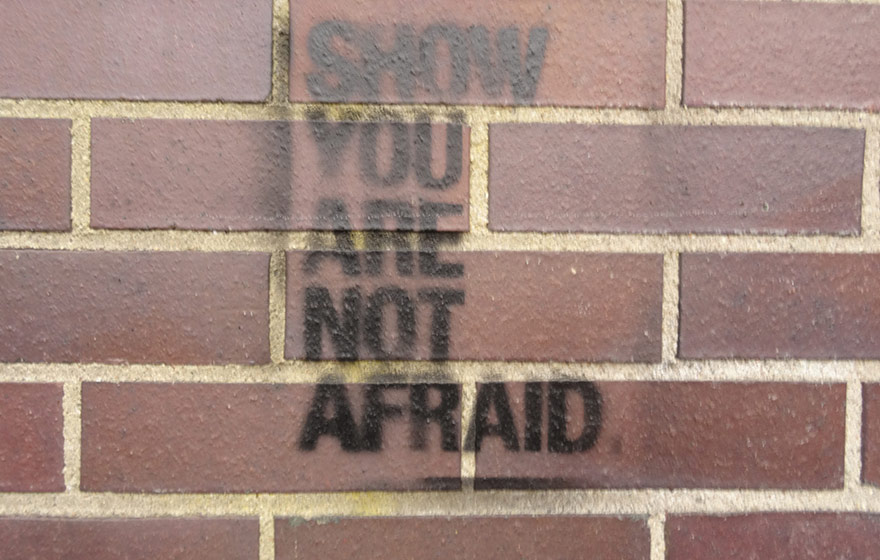 From Occupy Wall Street and radical jihadism to protests against UN peacekeeping, right-wing mobilization in Europe and India’s exit from the Non-Proliferation Treaty – resistance remains a ubiquitous but ambiguous aspect of global social and political life. It takes many courses, purposes and guises. In parallel, rule has been re-fashioned for both academic and political purposes. It is present in the power of the international banking system, ‘Western’ imperialism, the legitimation of violence, in a homogenizing globalism and asymmetrical global rules. But how can we make sense of the dynamic relationship between resistance and rule in today’s globalized world? How has resistance changed across time and social spaces? And how is it affected by or does it affect transnationalization?

Resistance challenges and sometimes produces or reproduces systems of rule. This constitutive relationship between rule and resistance, however, seldom attracts scholarly attention. This negligence is partly due to the fragmentation of academic discourses. Some scholars focus on specific types of resistance (e.g. populist movements, cyber activism, terrorist groups or the extreme right) or specific processes (e.g. radicalization, deradicalization, or transnationalization). Still others study the variety of forms and practices of rule in reaction to various forms of resistance. While such specialization has yielded deeper insights into the significance and operation of rule and resistance in particular instances, it has also occluded the bigger picture. Scholarly understanding of the relationship between resistance and systems of rule has suffered as a result. The conference will attend to this bigger picture.

We invite scholars from various disciplines, including sociology, history, political science, political theory, international relations, anthropology, and area studies, whose work contributes to one of the conference sections. Section 1 focuses on resistance to specific systems of rule, ranging from international norms, regulations and bureaucracies to rule by elites. Section 2 zooms into the dynamic interactions between authorities and resistance movements, including how international organizations cope with protest, reactions to digital dissidence, and various forms of international disciplining of protest within the state. Section 3 finally traces how resistance movements change from “opposition”, referring to resistance according to established rules, to “dissidence”, referring to revolutionary resistance availing itself of unconventional means (for a more detailed description of the sections and panels, see below).

To encourage in-depth discussion, presentations will span 20 minutes and will be held in plenary sessions.

Panel 1: State Resistance as International Dissidence
Dissident states challenge international rule by opposing claims to hegemony, defying international norms or disregarding global regulations. State dissidence, however, is not only power politics, but a principled act of resistance to a normative order that is perceived as unjust. Understanding reasons and justifications of state dissidence may help to reveal subtle and overt forms of international rule. Examples range from Imperial Germany’s challenge of Pax Britannica, the nuclear dissidence of India and Iran, and the attempts of ALBA states to break free from Western politics of development aid reveal different forms of rule in the international system.

Panel 2: Resisting the Rule of Nobody: Transnational Administration and its Dissidence
The exercise of rule is always based on specific forms of administration, often bureaucracies. In many areas, these have transnationalized considerably over recent decades. Still, this form of rule beyond the nation-state has only lately attracted attention in, for example, development or security studies. But its diffuse organizational form makes it difficult to reconstruct. The perspective of dissident actors can expose the often informal, problem-oriented forms of organization that rule through expertise and seemingly apolitical administration. This panel seeks contributions that analyze the construction of dissidence through instances of transnational administration and their interaction. Can we reconstruct their institutionalization by analytically repoliticizing rule through the perspective of dissident actors? Further, the panel asks to what extent concepts of bureaucratic rule can be helpful in this analysis.

Panel 3: Resistance against Political Elites? (Faux) Populist Movements and Parties
Populism is omnipresent in European public and scholarly debate. While definitions vary, the many recent parties and movements in Europe that reject the political establishment and claim to express the ‘general will’ are cause for concern. As the supposed expression of what people want, populism is not only a means of resistance, but also an instrument of political rule. This panel will include contributions that critically discuss populism both conceptually and empirically. What does the phenomenon actually entail? How do current populist movements and parties mobilize? Does populism operate differently whether inside or outside of institutional politics? To what extent does populism transcend classical political cleavages? How does it challenge liberal democracy and affect European politics?

Panel 1: Repertoires of reaction – coping with international dissidence
In political and social science, repertoires are usually a topic of research linked to social movements, political activists, and non-state actors. Since international institutions have been the target of political action by dissident actors, they have created their own repertoires to cope with international dissidence: their repertoires of reaction. A reconstruction of everyday practices, including organizational procedures, is often required to investigate such repertoires. As many of these coping strategies seek to silence or delegitimate the critique, this panel will examine practices such as deliberation, classification, standardization, or securitization, in order to arrive at a novel perspective on rule in international organizations. We welcome comparative analyses as well as individual case studies.

Panel 2: Digital (Civil) Dissidence and Repressive Rule
Dissident actors and public authorities in ‘cyberspace’ have a unique relationship. On the one hand, their mutual animosity is as intense as in any other issue area. On the other hand, public cyber authorities recruit dissidents as consultants, use them to pursue foreign and domestic policy goals and appear at hacker conventions, which would be unthinkable in most other fields of dissident activity. They also share the same tools, infrastructure and some aesthetic sensibilities. This panel seeks to investigate how these actors represent each other, relate to each other, how this peculiar dynamic between rule and resistance arose, and what it means for the prospects and politics of digital societies.

Panel 3: Empowering or suppressing? International reactions to national dissidence
For all its contestability, “good order” has increasingly become a subject of international governance: from anti-coup norms to international mediation in political crises and funding for civil society activism. When social forces question the rightfulness of the ruling order today, they attract international surveillance, standardization, and intervention. Moreover, various international practices specifically try to prevent such questions from emerging. All this affects the space left for both opposition and dissidence in and against the state. This panel seeks to scrutinize the dynamics between an increasingly dense international that targets dissidence and opposition to existing political orders and its effects on the possibilities and constraints of dissident practices.

Panel 2: Dissidence Across and Beyond Borders: Transnational Influences on Radicalization
Since the „Arab Spring“, the timeless question of „contagion“ is being revisited. How can dissidence spread across (national) borders? However, the transnationalisation of dissidence is not just a matter of diffusion between various domestic actors; transnational dissidence may obtain beyond national entities. Inquiring into the transnational influences on radicalization at both levels, this panel focuses on transnational processes that cause an actor’s transition towards more extreme ends and/or more violent means. This can include transnational cooperation and discursive bonding across borders as well as the emergence of collective emotions, identities and interests in transnational spaces. We welcome contributions from a variety of disciplines addressing organizational, discursive, material and action-related dynamics.

Panel 3: Resistance by denial. Exit and withdrawal as dissident politics
Radicalization is often equated with the increasing use of violence by dissident actors. If, however, “radicalism” refers to attempts to tackle social problems at their roots instead of only dealing with symptoms, radicalization should be understood more widely as resistant actors turning from a critique of single issues to a rejection of entire systems or polities. Actors would thus radicalize when they refuse to observe the rules, or they neglect established conflict arenas – thus assuming a logic of desertion. Withdrawing from the dominant order, actors can radically challenge conventional models of co-existence and representation by creating new connections, norms, and subjectivities. This panel focuses on practices, trajectories, and beliefs of resistant actors who exit the political system they reject.